New York, NY — January 24th, 2019 — Several prominent LGBTQIATS+ activists and allies have come out in strong support of a politically engaged NYC Pride March and Rally to mark the 50th anniversary of the Stonewall Rebellion. Eschewing the corporate-saturated, highly policed nature of recent parades, the March is a truly grassroots action that mobilizes the community to address the many social and political battles that continue to be fought locally, nationally, and globally. “I’ve seen first-hand the violence the vast militarized police state has done to our queer and trans communities,” said activist and whistleblower Chelsea Manning. “Our history is one of rebellion and solidarity. We must stand united and refuse to march with police, corporations, and the systemic violence they continue to inflict on immigrants, people of color, and marginalized folks across the queer and trans spectrum.”

“As a gay African man who experienced homophobia and physical violence in my home country of Nigeria and who fled to the US seeking asylum from death threats, I believe it is essential that Pride once again fight for the rights of people in places where same sex love is criminalized,” said Michael Ighodaro, LGBTQIATS+ rights activist. “On the 50th anniversary of Stonewall, we must march to support our LGBTQIATS+ brothers and sisters around the world as they fight to attain the freedom and rights some of us enjoy and celebrate today.”

Members of the Reclaim Pride Coalition (RPC), a growing, international alliance of more than fifty LGBTQIATS+ activist groups and hundreds of individuals, met several times over 2018 with Parade organizers Heritage of Pride (HOP) to express community concerns about corporate saturation, campaigning politicians and police officers in the parade, as well as onerous metal barricades and size limits on marching community groups, only to be rebuffed.

“The current Pride Parade is shameful—a corporate extravaganza that completely ignores the profound fights we’re still waging all over the world,” said Larry Kramer, author and LGBTQIATS+ rights activist. “We must send a powerful message to the homophobic, racist Trump administration and regimes and corporations everywhere that are killing our brothers and sisters.”

Near the end of 2018, RPC committed to its own Stonewall 50 March for Human Rights and Social Justice, that will kick off on June 30th—the same day as the Parade—and proceed from the historic Stonewall Inn up Sixth Avenue to Central Park for a community-focused Rally on the Great Lawn, following the route of the first Christopher Street Liberation Day march in 1970. RPC has filed permit applications with the NYPD and Parks Department and the nonprofit organization Housing Works has signed on as the group’s fiscal sponsor.

“The original Stonewall uprising and the first marches were about freedom to be who you are and take pride in that,” said Norman Siegel, noted civil rights attorney and former Executive Director of the NY Civil Liberties Union. “I was honored and proud to be one of the lawyers for the Stonewall 25 March and once again I am honored and proud to represent Reclaim Pride to help make sure Stonewall 50 lives up to the spirit of what happened fifty years ago and focuses on the challenges and struggles we still face.” 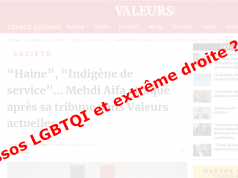 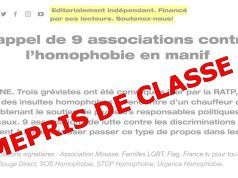 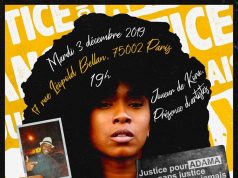 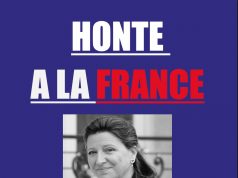